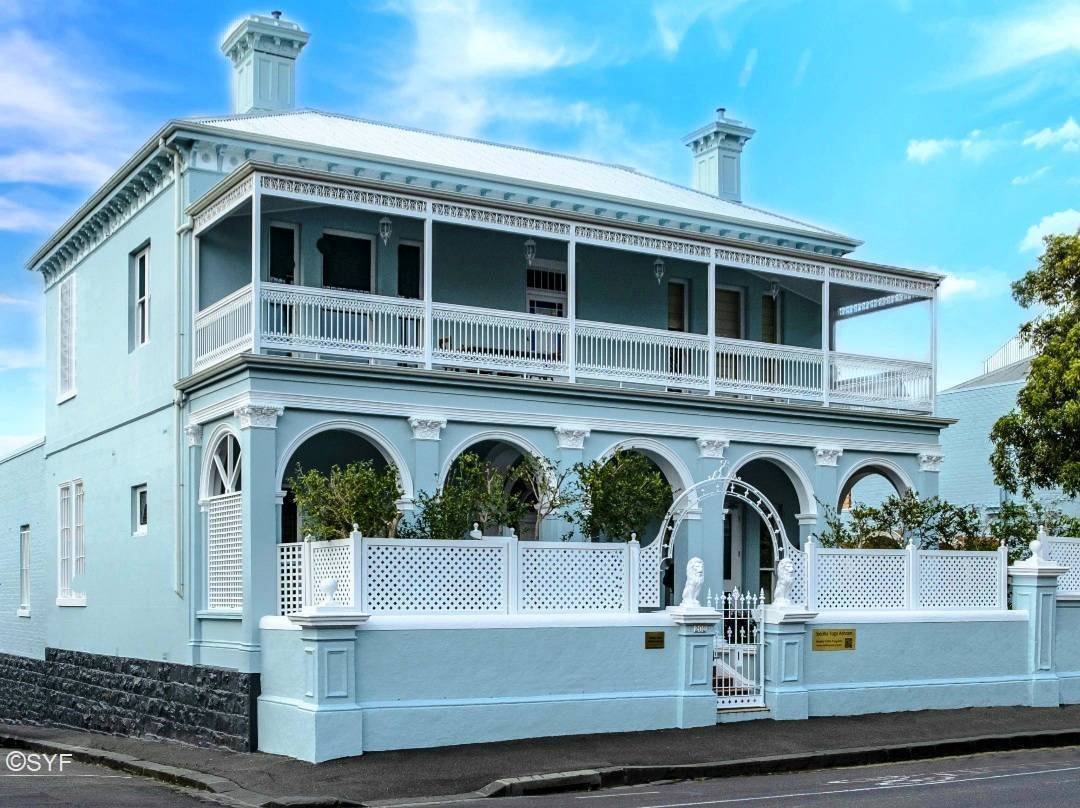 The Siddha Yoga Ashram in Melbourne is located in a beautiful old building at 202 Gore Street, Fitzroy, just a few minutes from the centre of the city.
The Ashram is open to all people who wish to follow the practice of meditation, attend programs, enrol in courses, or keep the company of like-minded seekers who are in search of their innermost Self. It is a peaceful place, respectful of the privacy of all individuals. It is also super-charged with the energy of the teachings and practices followed there. Read More*
The Ashram was opened in August 1978 by Swami Muktananda (also known as Baba), the spiritual head of the Siddha Yoga tradition, on his third and final world tour. It was established to support the practices of all those who had become interested in Siddha Yoga meditation since Baba's first visit to Australia in 1970. The Ashram's dedication ceremony was attended by many members of the community, including the Mayor of Fitzroy.
Since its opening, it has been visited by a diverse range of people, of all ages, backgrounds and occupations. They have one quality in common - their readiness to explore the mysteries and meanings of life, and realise their inner truth through meditation.
When Baba Muktananda died in 1982 and took Mahasamadhi (the final merging into divine consciousness), he passed the full power and authority of the ancient Siddha Yoga lineage to Gurumayi Chidvilasananda. Gurumayi has visited the Melbourne Ashram many times. The Ashram reflects Gurumayi's dedication to continuing Baba's work, and her devotion to serving the world.
The Ashram is elegant, comfortable, friendly and full of light. Often full of activity, it is also the centre of deep stillness.
It has a large meditation hall, study rooms, a tea shop, a reception area, a large front verandah and a garden. While there is much camaraderie among the people who attend the Ashram, there is no formal membership. People come and go as they wish, at the same time honouring the Ashram discipline and daily schedule.
It is a spiritual sanctuary for people of all faiths and beliefs, based on the understanding that meditation belongs to everyone.
While renovations in the Siddha Yoga Ashram in Melbourne continue, we have arranged to hold events at a temporary, external location in Toorak.
We are following our new Venue Reopening COVID safe guidelines. This includes online registration prior to attending the Ashram or an external venue.
Current Monthly Calendar
Regular & Upcoming Events
2022 Highlights Calendar
Location Info
Contact Info 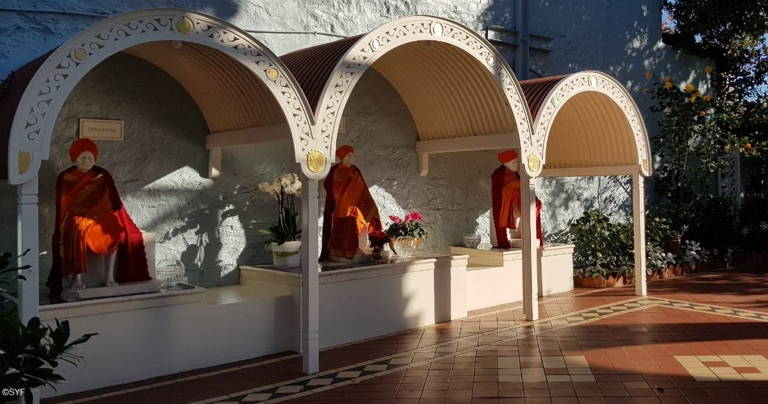 The Foundation in Australia is on Summer pause until the end of January 2023.
Details of events in 2023 will be available when dates are confirmed.

Click on the map below to view location on Google Maps in a separate window. 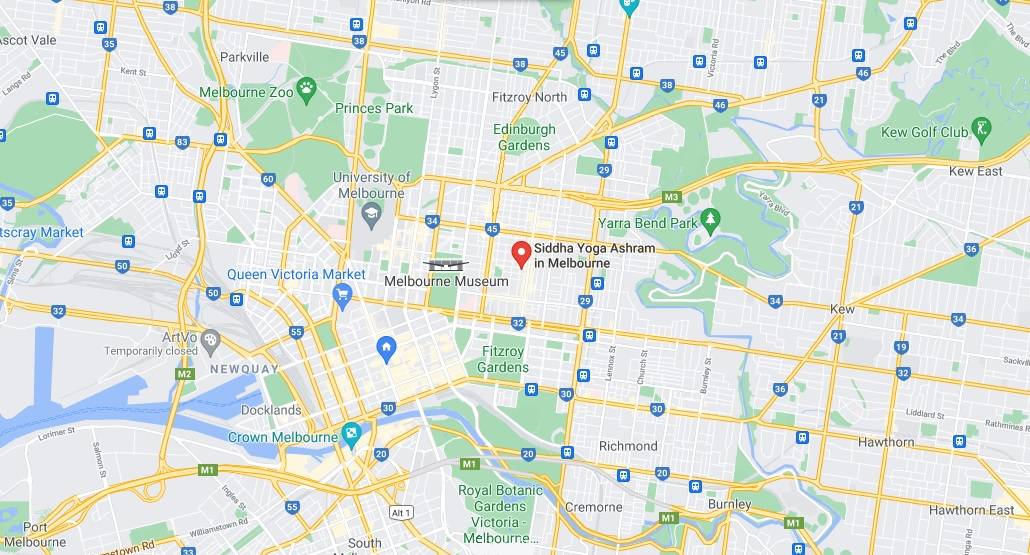 Address
Registration is essential to attend any events.

Click Here to view location on Google Maps in a separate window.

Attire
Ashram guests are asked to dress modestly. Please avoid tight or sheer clothing, low-cut or sleeveless tops, short dresses and shorts.
It is appropriate to dress more formally for the Guru Gita and for programs held in the Hall.

Parking
When you are visiting the Ashram, please keep resident driveways clear, and please do not park in the residential permit spaces in the streets surrounding the Ashram.

There is no calendar to display at this time

Please check below for any upcoming events scheduled.

Registering your attendance is just like online shopping. You will add the event to your cart and then checkout.